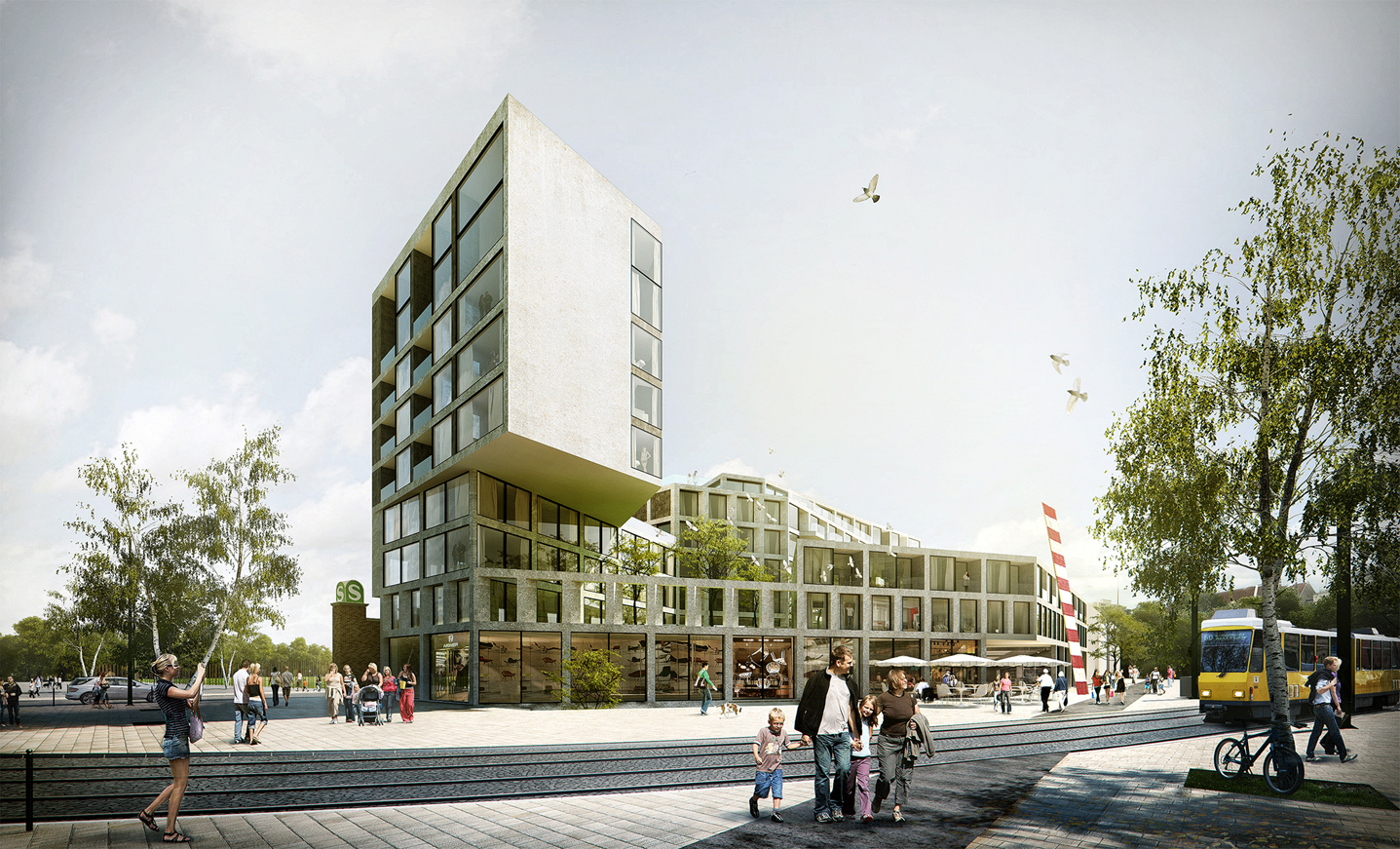 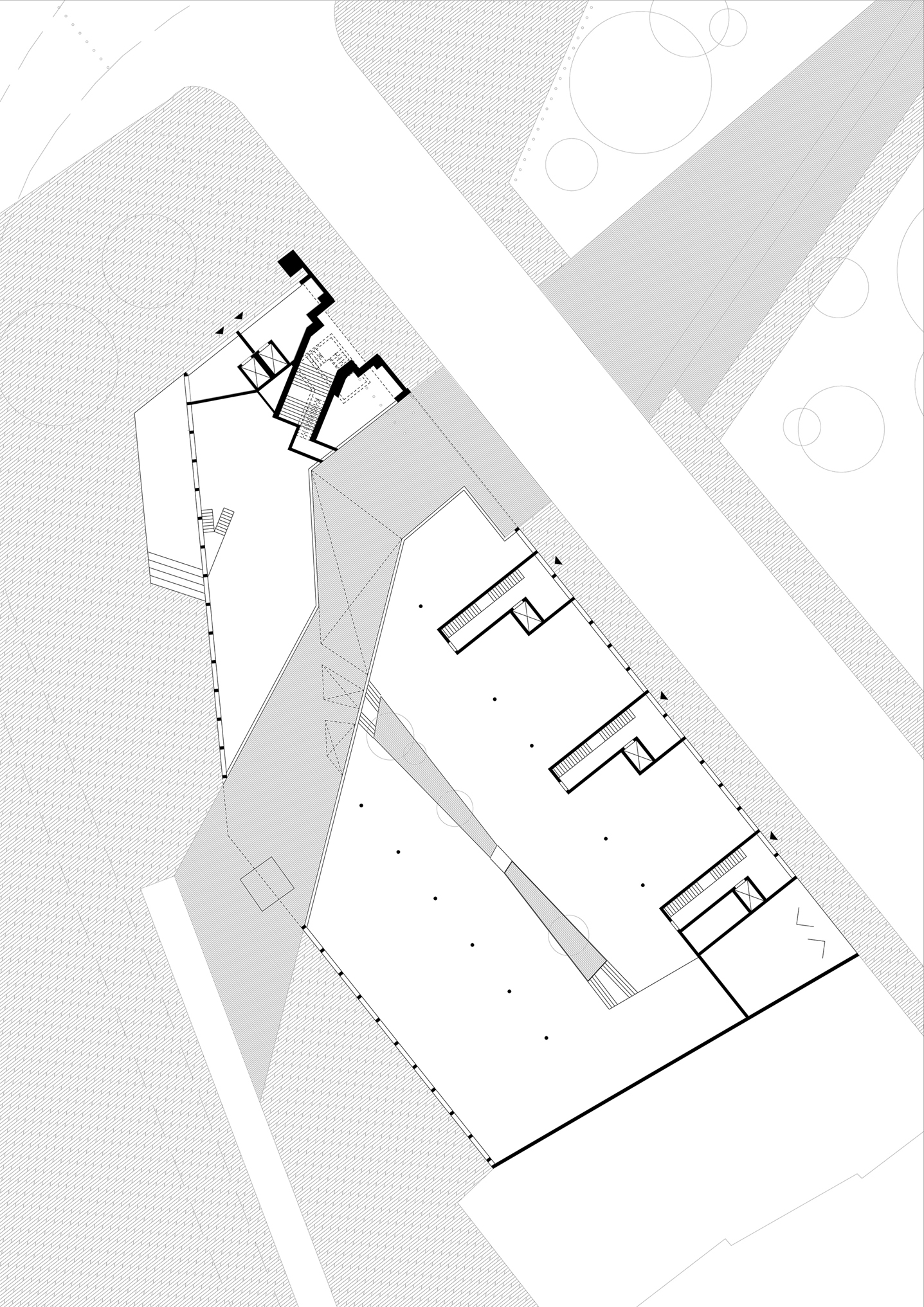 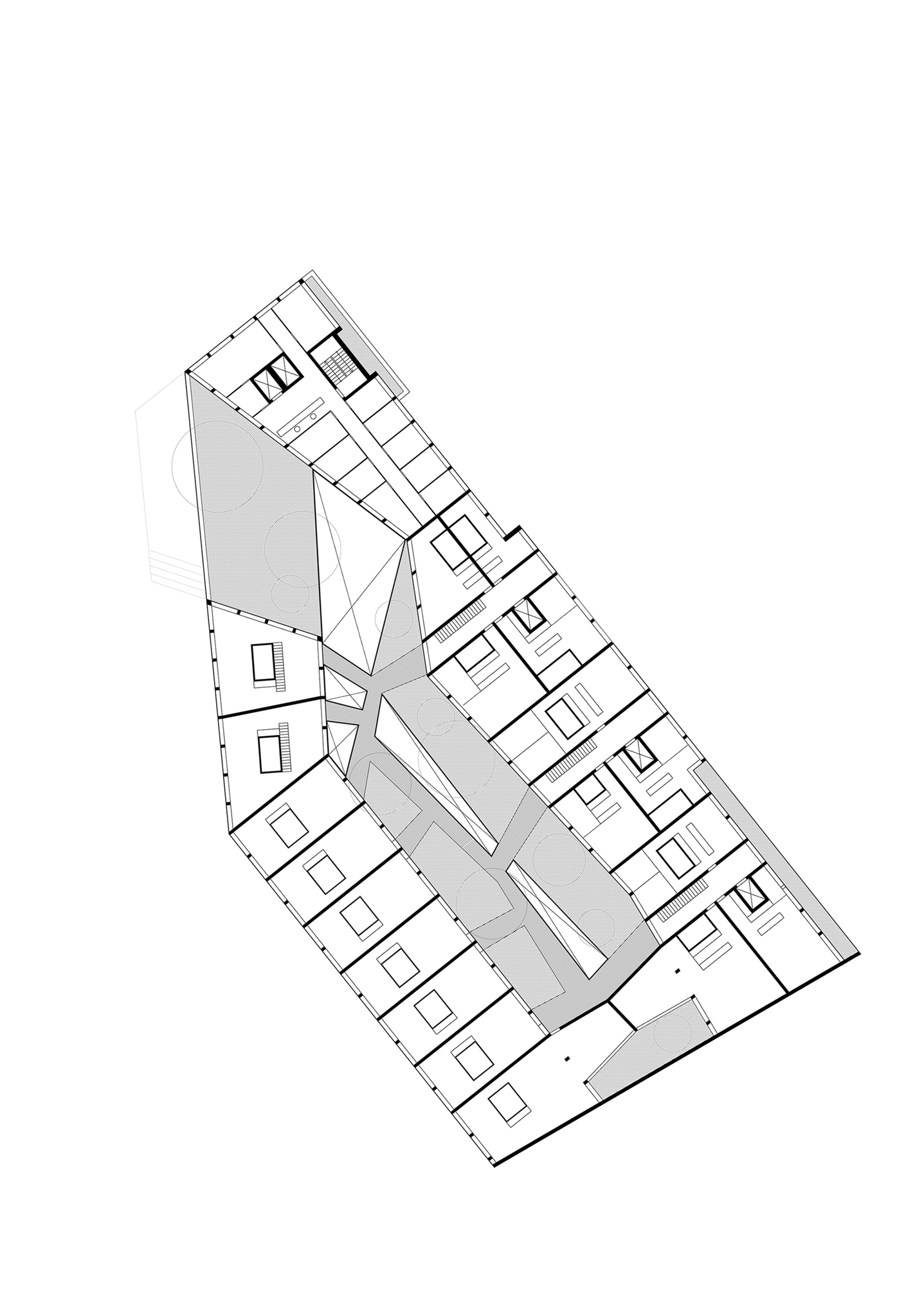 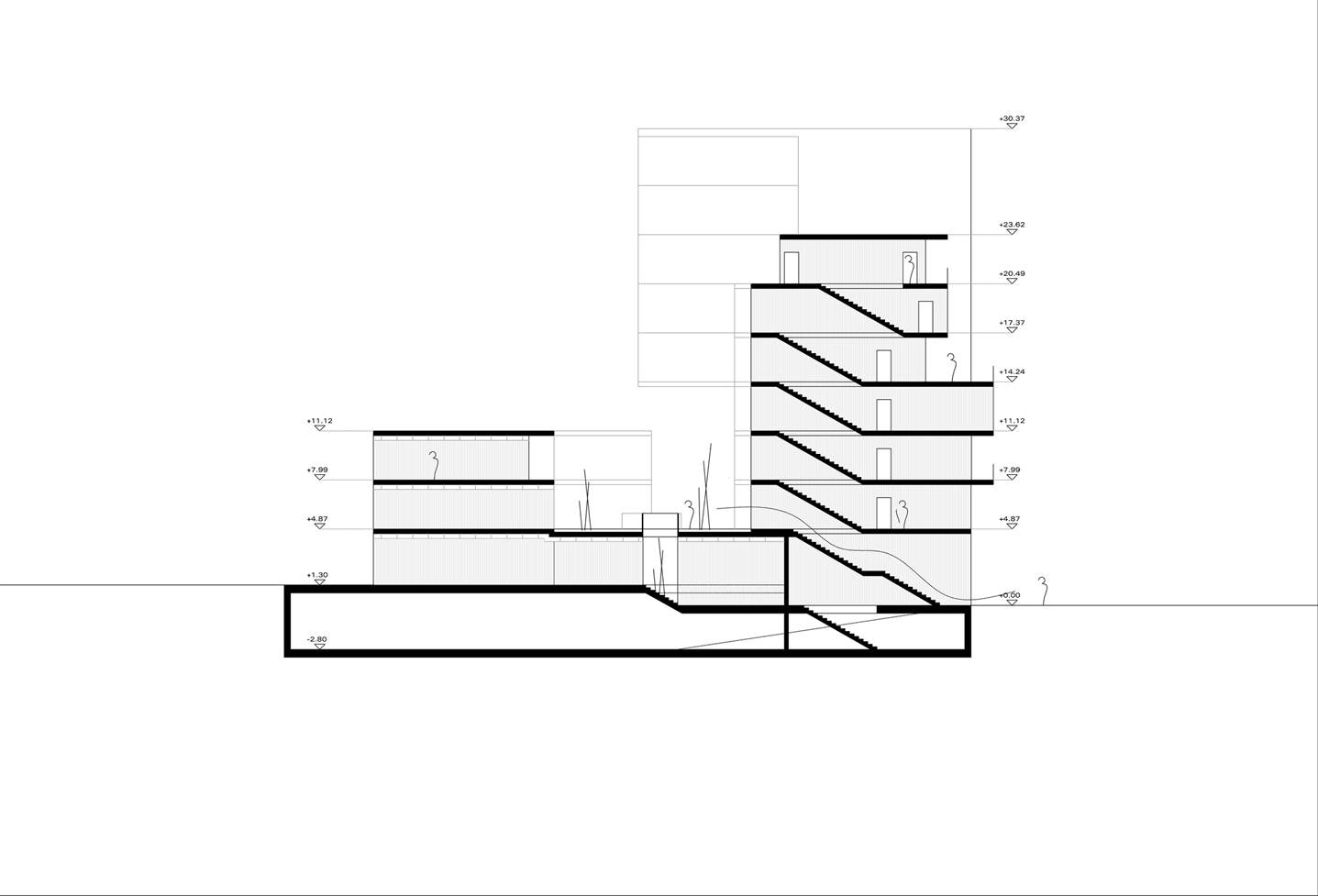 In its spatial effect, the programmatically well-conceived ensemble of new buildings directly adjacent to the former Berlin zonal border and memorial site creates a homogeneous whole in terms of structure, tectonics and composition.

The fundamental principle of the project development in a prominent position in Berlin-Mitte is a mixture of commercial floor space and offices with a focus on residential. The block structure lends the scale in height to the modern quarter to the north-east and south-west. To the west and north, the site offers broad and leafy unobstructed views. With a structure on a trapeze-shaped layout, the design concept derived from a limited competition takes into account the open space characteristics of the surrounding area and the strict specifications of the draft land-use plan. What sounds like unity in the design is an ensemble of three largely independent structures with a common basement level, in the middle of which lies a dynamically shaped connecting courtyard. The basis also emerges as an effective spatial boundary and follows the course of the former border strip. Behind the transparent façades lies predominantly commercial floor space.

A pedestrian link through the interior of the neighbourhood emulates the former pathway, creating a direct connection between the open space in the south-west and the Berlin Wall memorial in the north-east. The resulting heavy pedestrian traffic can greatly increase the attractiveness of the commercial uses on the ground floor. The permeability of the ground floor continues in the floors above. The contours of the neighbouring buildings are thus reflected in differentiated three- and seven-storey tracts, with a largely free-standing eight-floor corner building.

The roof edges of the first row of houses are recessed, creating terraces. At the same time the staggered heights with their silhouette effect form recognizably independent volumes that allow maximum flexibility and diversity in design and use. The façades are spatially modelled and offer a sculptural effect with different perspectives of the observer. While the architecture reflects the large-scale block structure on the outside, on the courtyard side the façade presents several projections and recesses to visually harmonize the block with the adjoining smaller-scale residential development.

The well-conceived design implements the vision of a sustainable, economically feasible and imaginative building structure. It sees itself as the result of a differentiated handling of the rigid constraints of the local development plan, and unites urban design sensitivity with architectural autonomy.